The One and Only Game of Thrones Tour Dubrovnik

Start your unique Game of Thrones journey around Dubrovnik by joining your hosts and the rest of the guests in Pile Bay, a small port that's located beneath the ancient fort Lovrjenac, where the Red Keep scenes were filmed, just underneath the Orhan restaurant. Once there, your experienced guide will hook you up with everything you need to learn regarding safety, the route of the trip, the signs that you're going to use, etc. After that short yet highly-informative introduction, you'll be ready to dive into the fantastic fantasy world of Game of Thrones on the right foot. As you pass along the different filming locations of Game of Thrones in Dubrovnik, our guides will teach you everything there is to learn about every monument, status, and stone so that you can get a clearer idea as to how the series was filmed. Merging stories about the scenes with crystal-clear pictures of the different locations, you'll be able to grasp the events in a better manner and feel what Ned Stark, Cersei, Jamie, and Daenerys felt as they went through each location in Dubrovnik step by step (or rather paddle by paddle). This is your chance to become the GoT fan you've always aspired to be. Not only does our Game of Thrones Kayak Tour cover the mainland of Dubrovnik, but it also includes a trip around the island of Lokrum, where the Qarth scenes were filmed. The ticket's price is already included in the cost of the tour, so don't you worry about extra charge. Once on the island, you will enjoy some fun activities, such as hiking, with your guide who'll explain everything there is to teach about which scenes were filmed there and how they were shot. You'll even get a chance to snap a picture for social bragging on a replica of the Iron Throne that's located in the “Visitor Center“ of Lokrum. Lokrum is not only famous for Game of Thrones locations, as it's also known for hosting a plethora of monuments and attractions, such as the medieval Benedictine monastery, the Fort Royal, and the botanical garden. Besides, Lokrum has been listed as a “Special reserve of forest vegetation“ since 1976, and it contains a seawater lake, that's called Dead sea, where you can take incredible pictures with the guides and hosts. All of that, along with the wild peacocks that roam the place all day long and the mysterious legends about Lokrum that you're going to hear from your guide will definitely make your time on the island and Dubrovnik in general unforgettable. After a couple of hours on the island, we'll paddle back to the mainland and enjoy more stories about the region that are reserved to the end of the trip. Once you make it back to Dubrovnik, you can call yourself a true Game of Thrones fan. Rejoice! 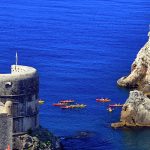 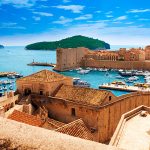 We are fully committed to your safety both on and off the shore.

You get a sandwich and beverage to eat in one of the Heavenly spots.

Our guides are true home grown guys, most of them steps away from starting point.

Experience of a Lifetime

We provide an adventure like nothing you've ever experienced before.

Pick up and transfer to meeting point and back

Meeting Point
Sulic Beach (Google Maps)
Introduction to Tour
Introduction to health and safety measures, introduction to equipment and tour guides
Starting Point - Beneath Red Keep
Slowly picking up pace to Lokrum island and listening to our guide’s stories.
Lokrum Island
Going to Visitor centre and walking around the beautiful island with tour guide. Visiting Benedictine monastery, Fort Royale and “Dead Sea”. Taking a picture with Iron Throne replica
Paddling Back With More Stories
Getting back to kayaks and slow peddaling back with more stories that will capture Your imagination for a long time.

Amazing trip; Great whitewater, food, and awesome guides. We had an amazing trip. We were a large group, but easily accommodated by Thrillz Co. The food was amazing, the weather was perfect, and the rafting was super fun!
Sally Smith
October 2018
We had such a great time. Everything went over smoothly and our guide was very knowledgeable. I would absolutely recommend them to anyone. They really exceeded my expectations. I know I'll be back!
Doug Martin
September 2018
This was my first rafting experience so I was a bit nervous, but once we got going the guide made us all feel very safe. The whole day was super fun. It was a mixed group but they accommodate all skill levels so everyone had a good time. If thrills are what you're looking for - look no further!
Gary Jones
July 2018

Feel free to reach out and we're happy to answer any questions you may have.

Step In To The Game Of Thrones... 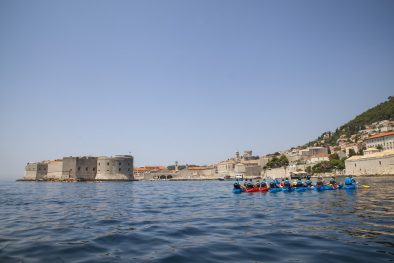 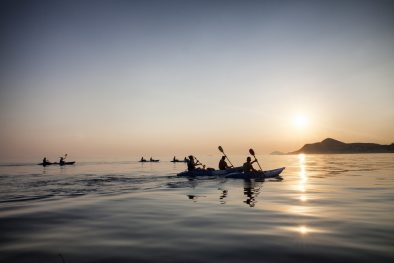 Feel free to reach out and we're happy to answer any questions you may have.